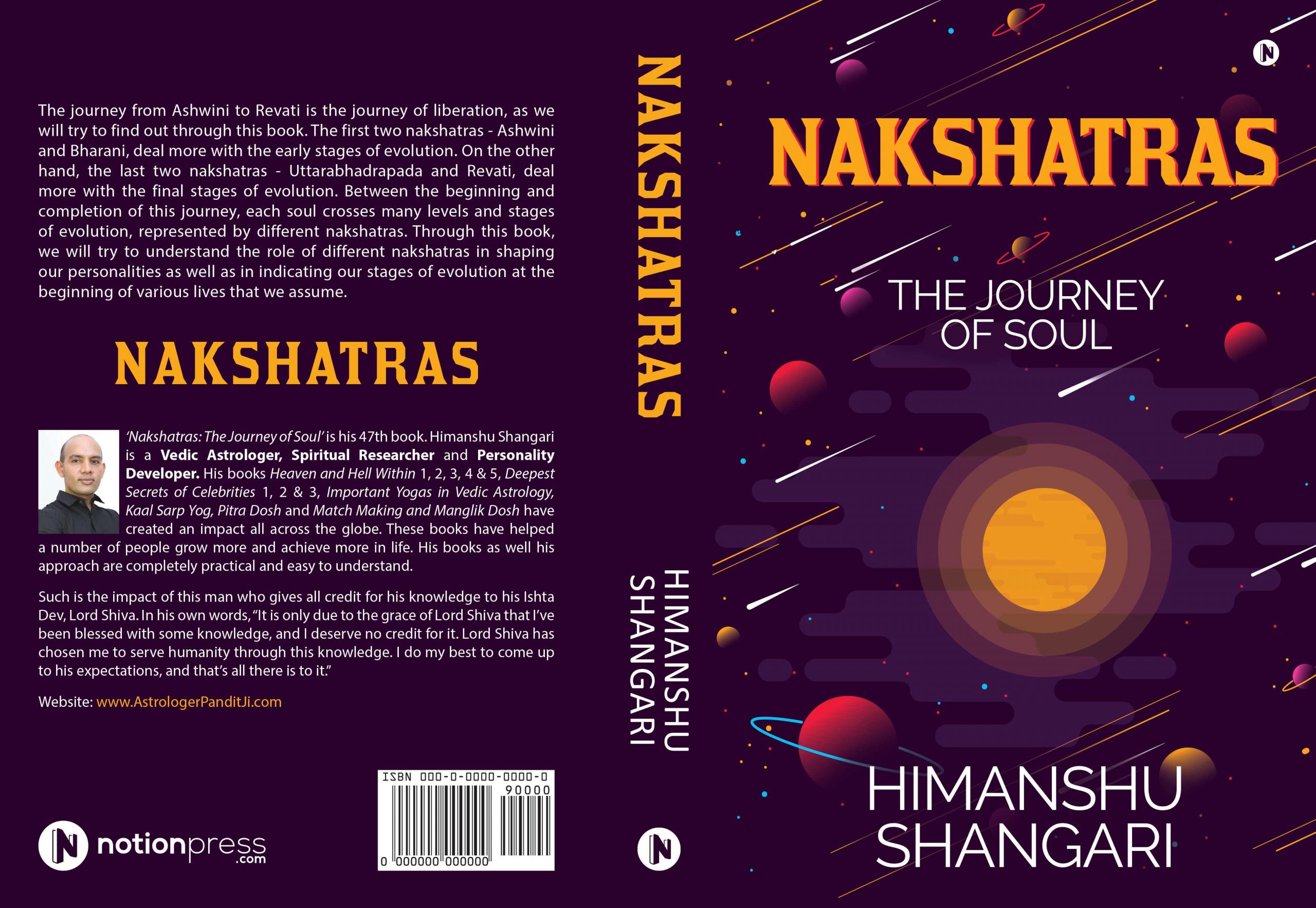 Nakshatras: The Journey of Soul

Vedic astrology is a very old and comprehensive faith of astrology. Though some other similar faiths are like streams or rivers, Vedic astrology is an ocean which can provide resources to many of these faiths. I have studied and researched many such faiths like Numerology and Vastu but none of them holds their ground without the support of Vedic astrology. It is the faith which is the backbone of many such faiths. This is what inspired me to make a carrier choice with the ocean itself. After years and years of this voyage; I can happily say that I made the right choice.

With the grace of Lord Shiva, I have spent years in researching various concepts of Vedic astrology. It has been a constant effort to find out where and how much, such concepts may have been misinterpreted; and what could be the correct interpretations of these concepts. Though in their misinterpreted forms, most such concepts of Vedic astrology don’t hold ground in real practice of astrology, almost all of them hold solid ground in their modified forms. This effort has taken many years of research and analysis of thousands of horoscopes. The results however, have been very rewarding.

This book is an effort to create awareness among the lovers of Vedic astrology that this faith is still as capable as it was when it was born. Various misinterpretations from time to time may have caused confusions related to many important concepts of this faith. Through this book, an attempt has been made to create awareness about true nature of Nakshatras. They deal with the finest aspects of Vedic astrology. Hence they add that leading edge to the readings; many astrologers may be looking for.

The playground for all astrological entities is taken as circular; which includes movement within a range of 360 degrees. This playground is further divided into 12 zones which are called zodiac signs and each zone or zodiac sign owns 30 degrees. These zodiac signs keep appearing on the sky of a particular location, one after another, in cyclic pattern. While one of these signs takes lead at a time; the others assume different positions or angles, according to a fixed pattern. This way, each sign gets to be the leader for about two hours and a cycle is completed in about 24 hours. The sign which appears as the leader on the sky of a particular place at the time of birth of a native; represents the first house of his horoscope. Hence this sign becomes his ascendant or Lagna.

Horoscopes are also divided into twelve houses with each house enclosing 30 degrees, just like signs. If Aries is the rising sign at the time of birth of a native, it is assigned to the first house. It means Aries becomes the ascendant of such horoscope. The next sign Taurus is assigned to the second house and this process goes on, completing at the twelfth house being assigned to the twelfth sign Pisces. At any given point in time, each planet among navagraha is transiting through a zodiac sign. The movement of these planets also happens to be cyclic. Once the sign representing the ascendant as well as those representing the other houses of a horoscope are found, the planets are assigned to various houses; according to their transits in various signs at that time.

The journey from Aries to Pisces and the journey from Ashwini to Revati is the journey of liberation, as we will try to find out through this book. The first two nakshatras Ashwini and Bharani falling in Aries deal more with the early stages of evolution. On the other hand, the last two nakshatras Uttarabhadrapada and Revati falling in Pisces deal more with the final stages of evolution. It means when supported by their overall horoscopes, natives under strong influence of Uttarabhadrapada and Revati may achieve liberation during their present lives. Between the beginning and completion of this journey, each soul crosses many levels and stages of evolution; represented by different nakshatras. Through this book, we will try to understand the role of different nakshatras in shaping our personalities as well as in indicating our stages of evolution at the beginning of various lives that we assume.