Website Developed and maintained till 2021, by my dear departed friend Lt. Sanjay Rawat.

Thanks a lot for being with us for more than a Decade. God Bless Your Soul. 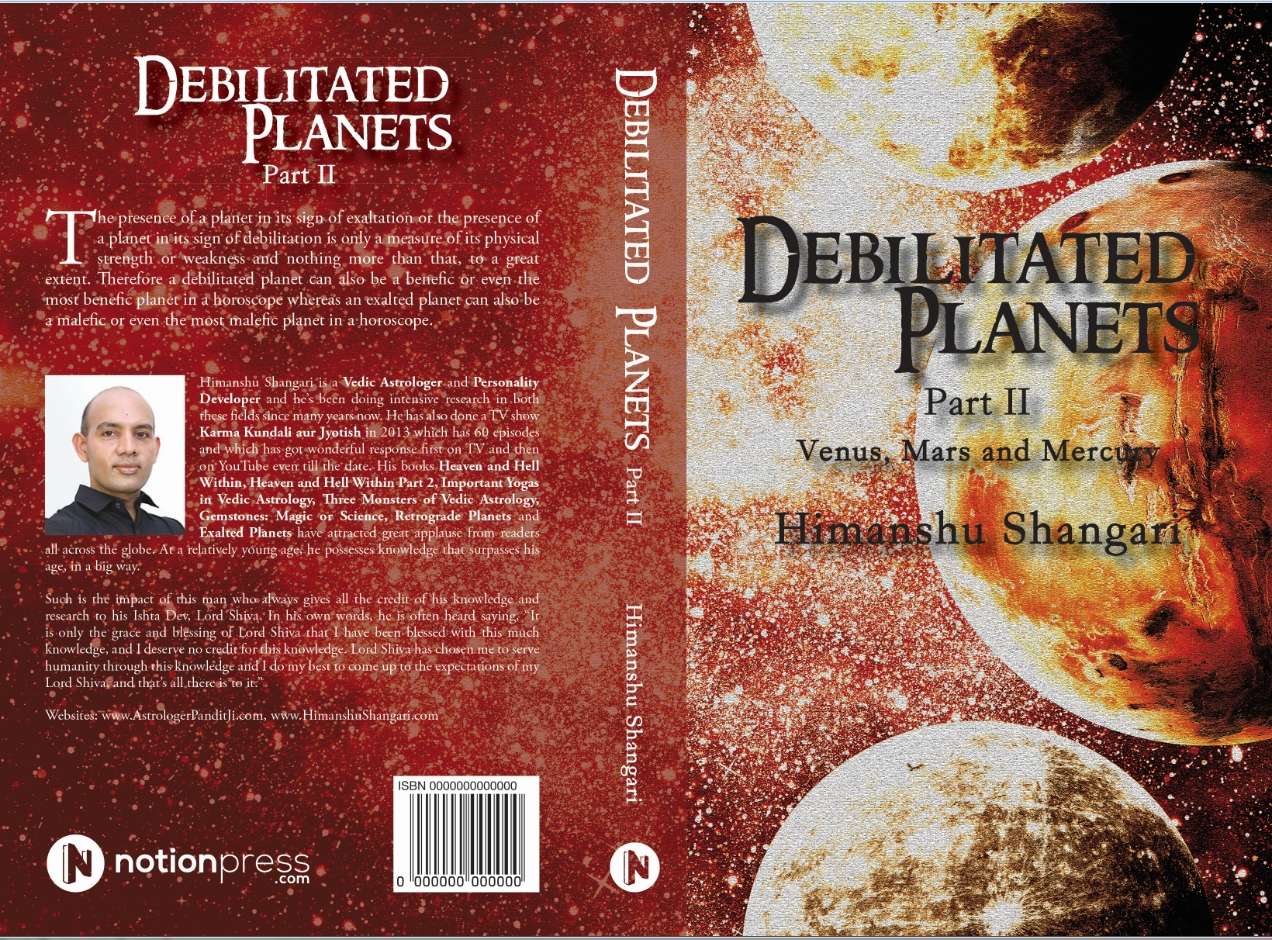 When debilitated Venus is placed in the seventh house of a horoscope in Virgo, Pisces rises in the ascendant. Venus rules the third and eighth house. In general, it is partly benefic and partly malefic here, though the malefic part is higher, in most cases. The concept of various planets exhibiting tendencies to be benefic or malefic on the basis of the houses they rule in a horoscope has been explained in the book ‘Gemstones: Magic or Science?’.

Debilitated Venus in the seventh house of horoscope in Virgo is malefic in many cases, though it may turn benefic in some cases. It may happen when such debilitated Venus is influenced by one or more benefic planets, and/or an overall benefic horoscope. The concept of a malefic planet turning benefic due to influences of benefic planets has been explained in the book ‘Match Making and Manglik Dosh’.

When benefic in nature, debilitated Venus in the seventh house of a horoscope in Virgo can bless the native with good results related to siblings, colleagues, marriage, husband, wife, profession, finances, reputation, authority, recognition, fame and several other good results, depending on his/her overall horoscope and running times.

Such debilitated Venus can render various types of benefits to the native, related to or through his marriage and/or siblings. Considering marriage, the native may get married to a woman who may be beautiful, rich, a celebrity, an officer in government, a powerful politician, a successful businesswoman, and/or a citizen of a foreign country. The native may witness several benefits due to or through his wife and/or her family members. The native may settle in a foreign country on the basis of his marriage, if his overall horoscope and running times are supportive. Considering siblings, some of them may come across success, money, fame, and/or authority, and the native may witness many benefits because of them. They may stand by the native and they may help him get out of his problems, many times in his life

In this case, the native may engage in real estate industry. He may start a company which may deal in real estate projects, and he may witness very good amount of success, money and recognition. His business may expand after his age of 35/40, and it may keep growing. After 40/45, he may start television channels, and he may witness very good profits. If the finer factors and running times are supportive, he may own a business empire worth in billions, by his age of 50/55.

In this case, the native may become a singer. She may possess remarkable talent, and she may witness a lot of success, money, recognition and fame. She may be a good dancer, and she may also write some of her songs. She may deliver several hit songs, and she may receive many awards, including several Grammys. She may also act in several movies. If the finer factors and running times are supportive, she may become one of the most successful creative artists as well as top singers of her time, and her net worth may be in billions.

On the other hand, malefic debilitated Venus in the seventh house of a horoscope in Virgo can trouble the native with problems related to siblings, colleagues, marriage, husband, wife, lifespan, profession, finances, reputation, authority, recognition and several other problems, depending on his/her overall horoscope and running times.

Venus rules the third and eighth house, and it is placed in the seventh house. If such debilitated Venus is influenced by malefic planets, and/or an overall malefic horoscope, the native may witness various types of problems related to or through his marriage, siblings and/or lifespan. Considering marriage, the native may witness delay/disturbances in marriage, and/or one or more failed marriages. He may have serious differences of opinion with his wife, she may suffer from a long-lasting illness, she may be an alcoholic and/or a drug addict, she may be a criminal, she may not be loyal to him, she may have extramarital affair/affairs, and/or she may die within 10 or 5 years of marriage. In an extreme case, she may kill the native due to some reason, or the native may kill her, depending on native’s overall horoscope and running times. Considering lifespan, the native may witness reduction in lifespan due to several reasons. For example, he may die in an accident, through a natural disaster, due to a fatal disease, due to a fatal viral infection like COVID, due to drug addiction, he may commit suicide, or someone may kill him intentionally or unintentionally.

In this case, the native may witness several problems due to some of his siblings, including financial losses. He may lose one or more siblings to death, before his age of 35/30. He may not find a permanent profession throughout his life. He may only find temporary jobs, and he may remain jobless for periods of more than 3 months, many times in his life. His wife may have an extramarital affair, and she may plan to kill the native with the help of her lover. If the finer factors and running times are very bad, the native may get killed by his wife and her lover, between his age of 35 and 45.