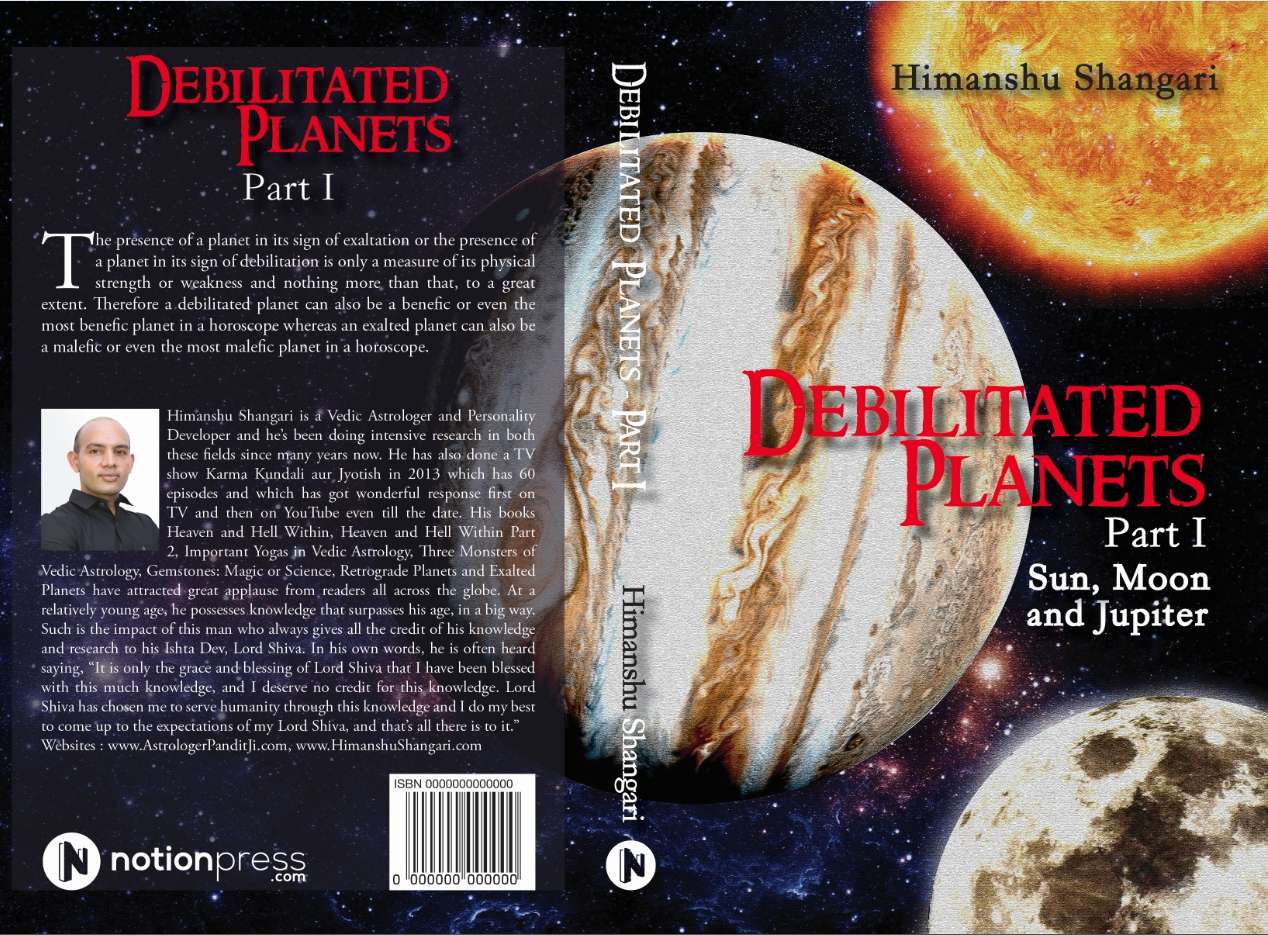 When debilitated Sun is placed in the tenth house in a horoscope, Capricorn rises in the ascendant. Debilitated Sun is malefic in the tenth house in many cases though it may turn benefic in some cases. This may happen when Sun is influenced by benefic planets, such as through conjunction and/or aspects. As the number of benefic planets and the strengths of such planets increase, Sun may become more benefic.

Let’s look at some results which may be given by debilitated Sun in the tenth house when it is benefic. Such benefic debilitated Sun can bless the native with good results related to profession, finances, authority, recognition, fame, spiritual growth, fields like astrology, tantra, spiritualism and many other results, depending on his overall horoscope.

If benefic Venus is placed in the eleventh house in Scorpio, benefic Rahu is placed in the seventh house in Cancer and Ketu is placed in the first house in Capricorn, the equation may become better. In this case, the native may go abroad on the basis of his profession, he may get married to a woman who may be the citizen of a foreign country and he may settle abroad on the basis of his marriage. The native may witness very good amount of success, money, fame and recognition through his profession in such foreign country and he may have more than one residential property in such country. His wife may be a doctor, teacher, software professional, IT professional, scientist or some other likewise professional. The couple may enjoy a good marriage and native’s wife may prove very lucky for him.

Apart from these, benefic debilitated Sun in the tenth house of horoscope can bless the native with several other good results, depending on his overall horoscope.

On the other hand, malefic debilitated Sun in the tenth house of horoscope can trouble the native with problems related to father, profession, finances, reputation, court cases, health, lifespan and several other problems, depending on his overall horoscope.

In horoscopes with Capricorn ascendant, Sun rules the eighth house which deals with the overall lifespan of the native, among other things. Since Sun is weak due to debilitation, the native may witness health problems and/or reduction in lifespan. These problems may aggravate if Saturn being the lord of ascendant is weak/afflicted and Sun is influenced by malefic planet/planets through conjunction or aspects. Such malefic Sun can also render criminal tendencies to the native and he may become a criminal if the overall horoscope is supportive.

Such malefic debilitated Sun can trouble the native with delays, disturbances, failures, financial losses, setbacks, job loss, discontinuation of profession, bad reputation, court cases and several other problems through his profession. One such native may keep changing professions and he may not settle permanently in any job, till late in life or throughout his life, depending on his overall horoscope and running times. He may also have to remain jobless for periods of more than 6 months or 1 year, many times in his life. The native may also suffer from various types of problems related to, or through his father. For example, the native may face bad reputation because of his father as he may be a criminal, or the native may lose his father to death, during young age.

Apart from these, malefic debilitated Sun in the tenth house can trouble the native with several other problems, depending on his overall horoscope.